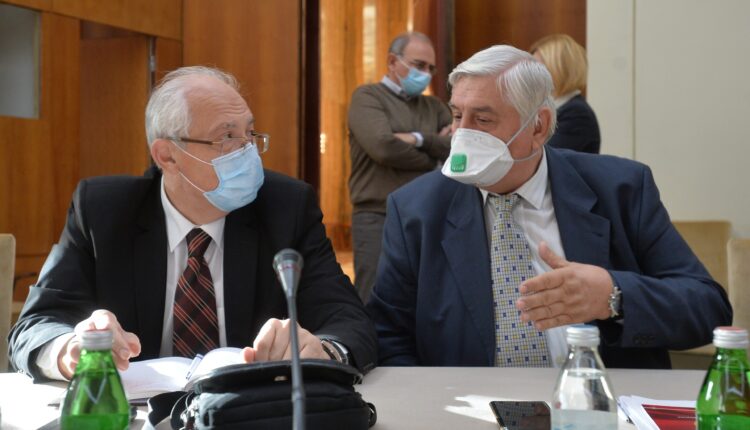 Dramatic warning of Dr. Tiodorović: I’m not an optimist…

Epidemiologist and member of the Crisis Staff, Branislav Tiodorović, stated that consultations were held today, at which it was decided that nothing would change for now, and that a new assessment would be made on Thursday.

– We had consultations. That ‘either or’ dilemma is false, but so is health and economics. But, now we have to give priority to health, because we have a large number of positive patients on a respirator – said Tiodorović.

He pointed out that the position of the medical part of the Crisis Staff is that the measures should be relaxed very carefully.

– According to the data we have for Belgrade, Vojvodina, and I could add to that eastern Serbia, which seems calmer, while central Serbia has a slightly bigger problem – said Tiodorović.

The only way out is vaccination

He said that the situation is like that, because the measures were not applied with the foreseen intensity and there was not enough control.

According to him, the control has been better lately, and he especially praised Belgrade in implementing the control of epidemiological measures.

As an additional reason for the difficult epidemiological situation, he sees the fact that the citizens, after the vaccination started, relaxed and became safe, which is not good.

– We do not yet have the complete vaccination of up to 3.5 million people needed for collective immunity – said Tiodorović.

The third reason is the British strain, he adds, pointing out that our laboratories indicate that it is dominant in 50 to 80 percent of the samples.

That strain, he adds, is precisely the reason why countries in Europe are locked up on the eve of Catholic Easter.

He also stated that the current situation in Nis is not good, but he also pointed out that he was surprised by the situation in Kraljevo, previously in Vranje.

– Local communities must understand that it is their obligation to implement measures, and not just wait for the Crisis Staff – he underlined.

He claims that vaccination gives results.

– If we did not have vaccination and revaccination, the situation would be worse – Vesić underlined, saying that he was proud that 31 percent of Belgraders were vaccinated, and 20.7 percent were revaccinated.

– If we continue on this path, we may end up in a situation where, together with those who have been crowned, we will reach collective immunity – he said.

Vesić underlined that vaccination is the only way out of the crisis.

The dean of the Medical Faculty in Kragujevac, Vladimir Jakovljević, pointed out that it was “tense” in that city, but pointed out that there were still reserve positions for opening covid centers.

He said that since the introduction of the measures, the number of patients has been constant.

The article Dramatic warning by Dr. Tiodorović: I am not an optimist… appears first on Vesti online.