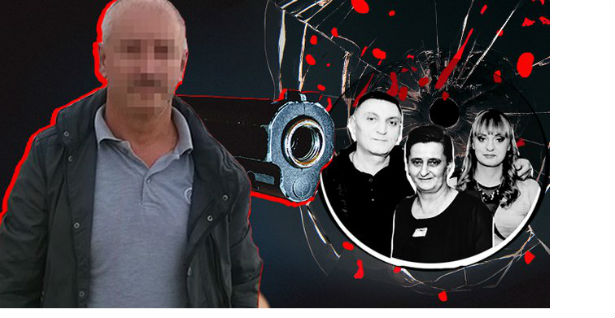 DETAILS OF DZONIC’S STATEMENT LEAKED! The suspect within the homicide of a relative claims that THIS PERSON SHOT AT ĐOKIĆE, and his conduct in the course of the interrogation will THREATEN you

DETAILS OF DZONIC’S STATEMENT LEAKED! The suspect in the murder of a relative claims that THIS PERSON SHOT AT ĐOKIĆE, and his behavior during the interrogation will THREATEN you

He was questioned as the main suspect in the murder of the Đokić family.

He was questioned as the main suspect in the murder of the Đokić family.

I met the brothers Kostadin and Konstantin 15 days before the murder. They gave me a special mobile through which we communicated. One of them shot at Đokić. I refueled because I needed it because of the mower …

This is how, among other things, Goran Dzonic defended himself yesterday before the Higher Public Prosecutor’s Office in Nis, where he was questioned for four hours as the main suspect in the murder of the Djokic family. He was brought before the prosecutor to answer questions again about the crime that shook the entire region, but this time he was contradictory, insecure, changed his statements, and the people he marked as co-perpetrators, he could not fully recognize the day before.

– He was convulsing all the time during the interrogation, he acted as if he was ill, all in order to show his physical inability to be able to commit the murders he is charged with. At one point, he even started threatening to smash his head against the wall, in order to allegedly like to end his life the most. Already in the second moment, he was cold-blooded, manipulative, without a shred of empathy, remorse, regret – claims a source close to the investigation.

According to the media, Jonić admitted that he was on the scene of the murders that night, but also that he only “typed” his relatives.

– He allegedly received only 10,000 euros for that performance, as he said, as much as he needed to repay his debts. When asked to describe the crime, Dzonic winced and said that he did not remember exactly what it looked like, he stated that he had a black hole. When asked how many shots he heard, Dzonic was confused. He said four at first, but then corrected himself and said only one. As he explained, after that first shot, he walked away – the source explains, and adds that the situation became even more bizarre in the next moment.

When asked how many bullets Goran Đokić was killed with, the main suspect answered with one, and at that moment he even laughed without showing any empathy towards the killed relatives.

He suspected one of the Milosevic brothers as the executors, who allegedly did everything himself, while the other brother was allegedly in the car with a friend who drove them and Dzonic.

– At the first hearing, he claimed that the one who shot was bald, big and muscular and that he had a color tattoo, and yesterday he could not remember what his tattoo looked like, and he pointed to his brother who was not bald. He said that they are terrible, dangerous, criminals, they always walk in a group. As he stated, he wanted to admit that he committed this crime just so that they would not kill someone else. The gun that was found, Dzonic said that he bought it on the black market. He bought it, he says, for the safety of his parents and family, because they threatened to kill his entire family and sons.

The acquaintance, at least according to the version of Goran Đonić, between him and the other suspects lasts only a few days.

– He said that they knew each other exactly 15 days before the crime happened. He also stated that Jojka’s brothers knew he had a gun, and when asked by the Prosecutor how it was possible that they knew after only 15 days of acquaintance, Dzonic defended himself by keeping silent.

As it was not established during the investigation that there was no communication by phone between the first suspect Đonić and the person he accused, Đonić had a ready answer.

– As he said, Konstantin gave him a Nokia mobile phone, but he does not remember the model. The model is over 20, 25 years old, and he got it ten days before the murder and it served exclusively for communication related to the crime itself. After the liquidation of the entire family, the phone was taken away by one of his brothers – our interlocutor reveals.

As he further adds, Dzonić justified himself with meticulousness about the larger amount of gasoline he bought the day before the murder.

– He said that he refueled because of the mower because he does not allow the grass to grow much, and he likes to maintain the property. After that, pictures were released from the place where the money was found, which is Dzonić’s property, where a neglected orchard with grass can be seen in the background, almost to the knees, and he also had no comment on those pictures – the source states.