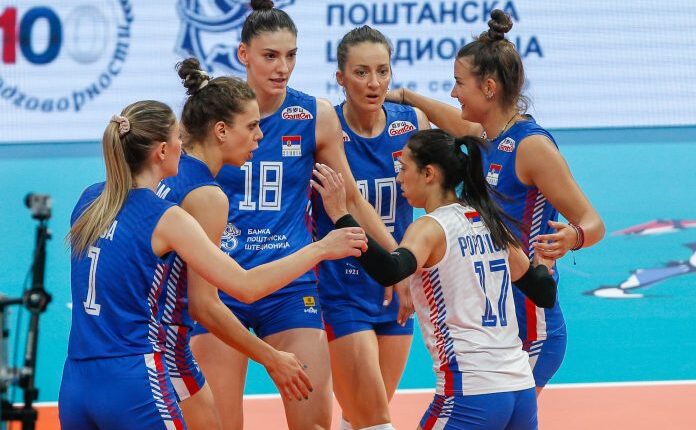 Convincing victory of Serbia initially of the European Championship

Serbia was convincing in Belgrade, at the opening of the European Championship.

The winners of the bronze Olympic medal did not have any problems with the selection of Bosnia and Herzegovina.

Our selection quickly reached +6, and that advantage only grew. From the result of 11: 7, Serbia ties five points and reaches +9, so it was clear that they would easily and convincingly win the first set.

They soon reached a double-digit advantage and won the first set with a difference of 14 points (25:11).

Bosnia and Herzegovina played well at the start of the second set and had a three-point advantage at one point.

At the end of the set, our volleyball players were safe and won the second set 25:18.

BiH opens the third set with two tied points, but then Serbia ties five points and already at the start of the set comes a big advantage, as they continued with a good game.

When it was +7 already in the middle of the set, and then it was clear that another set would belong to Serbia, and very convincingly.

If the Unvaccinated Wish to Work, They Face a Sequence of Hurdles

KHN’s ‘What the Well being?’: Booster Time