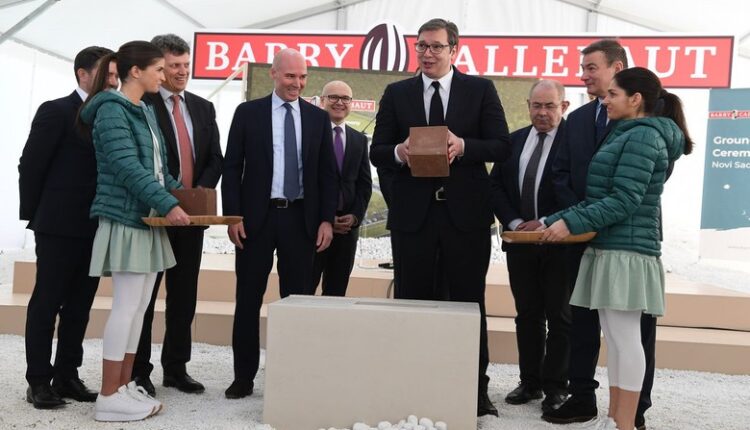 The construction of the factory means a lot to the Serbian processing and food industries as most of the raw materials are supplied by local suppliers, the president’s office said in a statement.

Barry Callebaut also intends to start building a research and development center in Novi Sad in June or July, Serbian President Aleksandar Vucic said during the groundbreaking ceremony, as quoted in the statement.

“This means that we will have a large import substitution and will increase exports dramatically, which will help to further stabilize Serbia’s public finances and economy,” said Vucic.

In September, the director of the Serbian real estate management, Milos Vorkapic, said Barry Callebaut plans to invest 45 million euros in the construction of the factory.

Barry Callebaut supplies its products to some of the world’s leading pastry chefs such as Nestle and Mondelez. The company operates around 60 production sites worldwide and employs more than 11,500 people worldwide.

HOW DO YOU DO SUCH AND SALARY Once more on "desk" pay grades for staff within the public sector, and what they convey is not going to GO to everybody