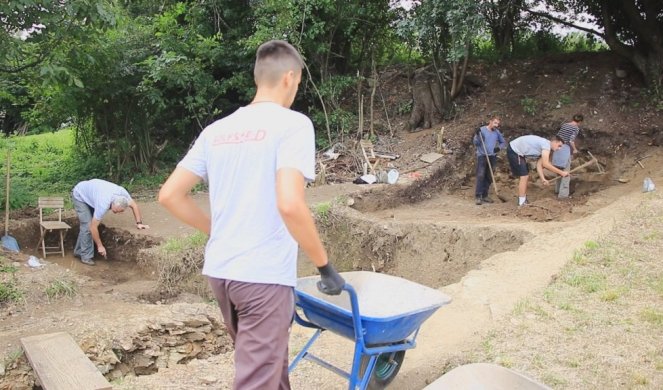 “Our goal is to find out where so many drainage channels come from, why the wall is this high, whether it is a basement space and many more questions await answers that we will get with the help of archaeologists. We have a lot of finds here, primarily ceramics that will be further processed and a lot of coins that were created during the reign of King Dusan, before 1345, and that will be a great contribution to expand the archaeological collection of the Museum, “said Aleksandar Marusic, director of the Museum of Mining. -that’s the end.

All the material evidence testifies that in the heart of Šumadija, people used to live quite luxuriously.

“In the 14th and 15th centuries, the mountain Rudnik was the trade, religious and cultural center of this area, and it experienced its greatest prosperity in the time of despotism. Due to the extremely favorable soil and ore, this mountain was inhabited not only by Serbs but also by rich merchants from Dubrovnik and Kotor “, says Ana Cicović, an archaeologist at the Museum of the Rudnik-Takovo Region, for RINA.

rina Discovery at the Mine

Detailed archaeological excavations on this mountain began in 2009 in cooperation with the Ministry of Culture. During these eleven years, the remains of medieval buildings were found on the slopes of Rudnik, during which time they were completely unusual.

WHERE IS THE MYSTERIOUS NINTH PLANET ?! Scientists on the verge of discovering the GREATEST MYSTERIES of the solar system! / VIDEO / 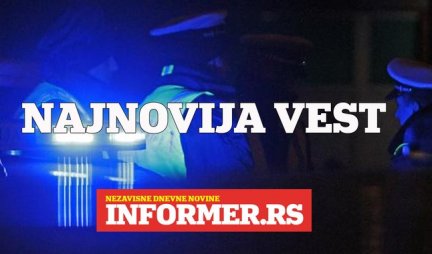 CELTIC ANCIENT CAPITAL DISCOVERED – dates from 800 BC! The fortification from the BRONZE AGE is located on the top of the hill of THIS COUNTRY … 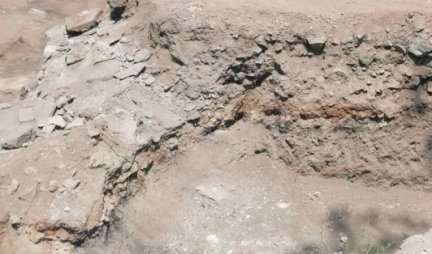 “The city settlement from the time of Nemanjić also consisted of multi-storey buildings and could only be built at a decent distance from the mining shafts and the so-called industrial zone.” The square was densely populated, and one of the most interesting material evidences is certainly the remains of a house that consisted of two parts. There was an economic building on the ground floor, and people lived on the second floor. That residential part was also painted with frescoes on which was the figure of the protector “, points out Ana Cicović.

The copper and gold mines of that time were a blessing on the one hand, and a curse on the other, because many wanted to conquer Rudnik due to their great wealth. That is why there were numerous workshops in its area in which medieval weapons were made, so it can be said that this mountain was also the center of a purpose-built industry at that time. The names of today’s villages such as Kopljara, Štitara and Lukara also speak of specialization for certain types of weapons.

On the occasion of the completion of this year’s archeological research in the area of ​​the municipality of Gornji Milanovac, which is carried out by the Museum of the Rudnik-Takovo region as part of its regular plan, Dejan Kovacevic, the mayor, visited the Drenje-Kojovac site at Rudnik. 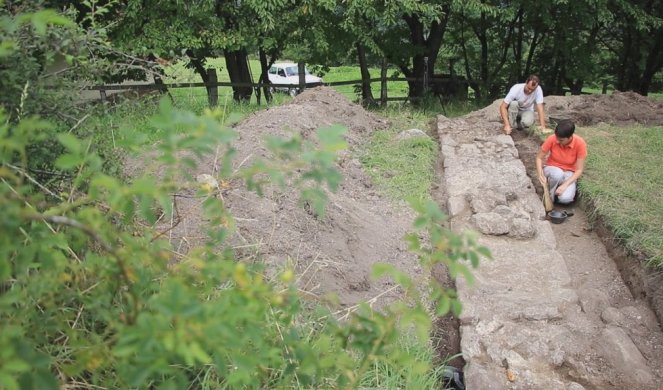 rina Discovery at the Mine

The knowledge that archaeologists come to is very important, because they discover who all lived on the site and when the civilization at Rudnik dates back. The municipality of Gornji Milanovac is interested in preserving such sites and making them available to all visitors.

The mayor and the director of the Museum also discussed the possibility of establishing a new Museum at Rudnik or a separate part of the museum of Rudnik-Takovo region, but as they said, a lot should be considered before implementation, because it is planned to form a part of the mining museum in the future Visitor Center.