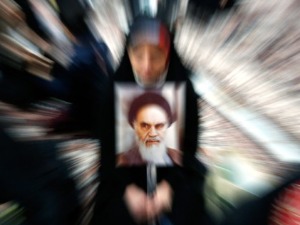 A court in Stockholm sentenced a former prison officer in the vicinity of Tehran, Hamid Houri, to life imprisonment after a trial during which witnesses to the murders of political rivals ordered by the then leader, Ayatollah Khomeini, were questioned.

During the events of 1988 and 1989, Nuri was an assistant deputy prosecutor in the prison in Karaj, and the United Nations called the events of those years crimes against humanity.

“I am not a representative of the Islamic Republic,” Nuri said in front of the court, claiming that during the process so far the public had the opportunity to hear only one side of the complex story, and that he was on sick leave at the time of the alleged murders.

Like the vast majority of Iranians, during his testimony, Nouri never called the members of this group mujahideen, but “mohafegins” or traitors, equating them with the Islamic State.

Swedish authorities arrested Nuri two years ago on the basis of an international warrantwhich was announced due to mass executions in 1988 in a prison not far from Tehran.

He was convicted because, according to the testimonies of Iranians in Sweden and Albania, he was one of the officials who led the convicts to the execution ground, or read the names of those whose turn it was to be hanged.

Every half hour, six prisoners were brought to the gallows in buckets of excavators, who were sentenced to death by the five-member council of the Islamic Republic for treason and the murder of the president and prime minister. The reckoning lasted five months, but the number of dead was never determined.

Khomeini’s deputy, Hussein Ali Montazeri, once said that he was against the actions of the Mujahedin-e Kalk organization a maximum of 3,800 people were killed. That organization claims that as many as 30,000 of its members were killed in the confrontation with the Islamic Republic.

The actual number of those killed, most likely, will never be determined, because the Iranian authorities do not allow access to the places where the mass graves are allegedly located.

During the trial, seven witnesses of these events were questioned in Albania, who took refuge in that country after the more turbulent events that followed the members of the Mujahedin-e Kalk organization after fleeing from Iran.

Mujahideen-e-Kalk, an Islamist-Marxist militia, was the spearhead of the movement that ousted Shah Reza Pahlavi from power in Iran. Not long after, they fell out with the leaders of the Islamic revolution and became mortal enemies.

During the overthrow of the Shah’s regime, they were considered steadfast fighters who engaged in almost suicidal actions against the security forces and regularly attacked the offices of Western companies. Allegedly, the MaK organization is responsible for the deaths of at least six Americans in Iran.

The administration of Barack Obama almost magically removed MeK from the list of terrorist organizations in 2012. This operation was designed to find a new host for potential allies, because after a series of killings in Iraq, it became crystal clear that members of the MeK in Iraq simply could not survive.

After the episode in Iraq, the Americans looked for a new place for them, which the authorities in Tirana, headed by Salji Berisha, saw as a serious chance to get even closer to Washington, so they agreed to settle 300 members of the MeK in that country. The opposition supported this move, and a few years later, in agreement with the government of Edi Rama, their number reached three thousand.

Not far from Durrës, with the generous financial help of the Iranian emigration, they built a real complex, which the authorities in Tehran see as one of the main centers of anti-Iranian propaganda in the world.

Mujahideen-e-Kalk reached a point of no return after a series of bombings in 1981 that killed more than 70 Iranian officials, including newly elected President Muhammad Ali Rajal and Prime Minister Muhammad Javad Bahonar.

Khomeini’s secret police identified the perpetrator of the murder as a member of the MaK. The counterattack by supporters of the authorities in Tehran was terrible, so the survivors barely managed to reach Iraq, where Saddam Hussein gave them refuge.

Over the next twenty years, they organized a series of attacks on the Iranian authorities, and they helped Saddam Hussein deal with local rivals. In the Iraq-Iran war, they participated on the side of the Iraqis, because of which they were left without serious support in Iran and were sentenced to life in exile.

Analysts state that this organization, as the years in exile passed, under pressure and threats from Tehran, slowly turned into a cult.

At least 140 members of that organization were killed in and around the Ashraf base in Iraq, where they settled after being expelled from Iran, forming an alliance with Saddam Hussein and launching a series of attacks on Iranian forces. About 12,000 Iranians were killed in those attacks, over almost two decades, and members of the Mujahideen al-Kalq organization estimate the number of victims at as many as 50,000.

Apart from terrorism, Tehran also accuses them of open treason.

The leader of the organization, Massoud Rajavi, has not been seen since 2013, and Western intelligence services conclude that he is dead. In the meantime, his wife Maryam Rajavi became the key figure of the movement, who managed to get the support of right-wingers in Western Europe and America, who were determined to someday attack Iran.

They were allegedly responsible for attacks on key figures in Iran’s nuclear program. From 2007 to 2012, seven such attacks were carried out, and the American media claimed that they were organized by Israeli intelligence, while they were carried out by members of Mujahideen e-Kalka. The organization denied any connection with those actions.

Lobbyists paid to support Mujahideen’s e-Calc included John McCain, Rudy Giuliani and Newt Gingrich. The last to appear at the meeting of that organization, a month ago in Durrës, was the former Vice President of the USA, Mike Pence.